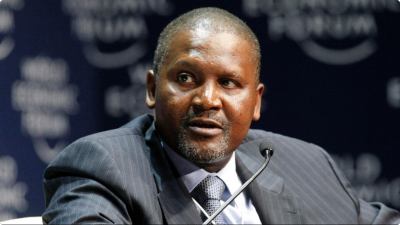 University of Ibadan, UI, has revealed and confirmed three eminent Nigerians the institution would be conferring honourary degrees on during its convocation ceremony. The honorary degrees will be conferred at the 68th Foundation Day of the University on Thursday, 17 November, 2016.

Their choice as the next honourees of the institution was informed by their various achievements and contributions to the nation and the institution. Niyi Osundare Dangote, born in 1957, had both his primary and secondary schools education in Kano after which he proceeded to Al-Azhar University of Cairo, Egypt to study Business Administration.

He started his own business as a trading concern at the young age of 21 and nurtured the business which grows to a conglomerate called Dangote Group with interests in cement, sugar, salt, flour, pasta, noodles, poly products, real estate,
agriculture, logistics, telecommunications, steel, oil and gas, and beverages among others.

The Group has interests spread across several sixteen African countries, with offices in London and Dubai. He is currently expanding the business into new markets, in
Sub-Saharan Africa, making strategic investments that add value to local economies and the continent.

He is a philanthropist of high repute as he has extended his philanthropic gesture to individual, groups, Nigeria and other African countries as well as the international community. Osundare, born on the 12th of March, 1947 attended St. Luke’s Primary School, Ikere Ekiti from 1953-1959, L.A. Modern School Ikere Ekiti in 1960, Amoye Grammar School,
Ikere-Ekiti between 1961 and 1966 where he sat for his School Certificate and passed, and Christ School, Ado Ekiti for his Higher School Certificate.

His university education started in the University of Ibadan where he was admitted for BA in 1969 and graduated in 1972 with a Second Class Upper Division in English
Language. He proceeded to the University of Leeds for his MA, and York University, Canada where he bagged PhD in 1979. An International multi awards winning poet and scholar is one of the very few distinguished Professors at the University of New Orleans, where he is currently working and has also been conferred with a number of honorary degrees including a Ph.D (Honoris Causa)
from the University de Toulouse – Lee Mirail, Toulouse, France and Franklin Pierce University, New Hampshire, USA.

He is a Fellow, Nigerian Academic of Letters; Fellow, Phi Beta Delta, University of New Orleans, Awardee of the 2007 English Graduate Faculty Award, University of New Orleans. Osundare was a recipient of the 2014 Nigeria Merit Award for eminent academics from the Federal Government of Nigeria. Osundare relocated to the United States a few years ago in order to be with his family.

Since then, he has been coming to Nigeria at least twice in a year during which he delivers and holds seminars in the Department of English for the benefit of students as well as academic staff of the Department. Amao, a self-made accomplished Enterpreneur of no mean feat, was born in Ibadan about 84 years ago and is the first Asiwaju of Ibadanland. Amao was the sole
distributor of Sony Electronics Products for West Africa since the early 1950s, and Chairman of Atlantic Carpet and Bode Foam.

He is a philanthropist who has contributed to Ibadanland and UI.

He has endowed in perpetuity over One Hundred Million Naira to Bode Amao Foundation through which indigent students had received scholarships and completed
their University education. The scheme which is broad-based with no bias on account of age, sex, state of origin, ethnicity or religion is chaired by the former provost of College of Medicine, UI, Professor Oladosu Akanni Ojengbede.

He has given over 200 awards to date with UI students garnering over 60 of them. He single-handedly built the Crèche/ Nursery School for the University during the tenure of Professor Omoniyi Adewoye and never insisted that the building be named after him.