Arsenal have rejected a £50 million bid from rivals Manchester City for Chilean forward Alexis Sanchez.
Sanchez, who scored 24 Premier League goals for the Gunners last season , is out of contract next summer and has reportedly said he wants to play for City manager Pep Guardiola.
Arsenal have rebuffed all approaches for the 28 – year- old and would like City’ s Raheem Sterling as part of any deal before Thursday ’ s transfer deadline .
But Guardiola, who was in charge at Sanchez’ s former club FC Barcelona , is understood to want the Chilean as a straight purchase.
England forward Sterling has featured in all three of City’ s games so far this season .
However, the 22 – year- old is not guaranteed a starting role at Etihad Stadium following the summer arrival of Bernardo Silva from Monaco.
Sanchez had joined Arsenal from FC Barcelona in 2014 for a fee of about £35 million and won the FA Cup for the second time last season .
Arsenal manager Arsene Wenger had said a few weeks ago that Sanchez would “ respect” his decision and stay .
The Chilean made his first appearance of the season in the Gunners ’ 0 -4 defeat at Liverpool on Sunday , coming off for Alexandre Lacazette after 62 minutes. 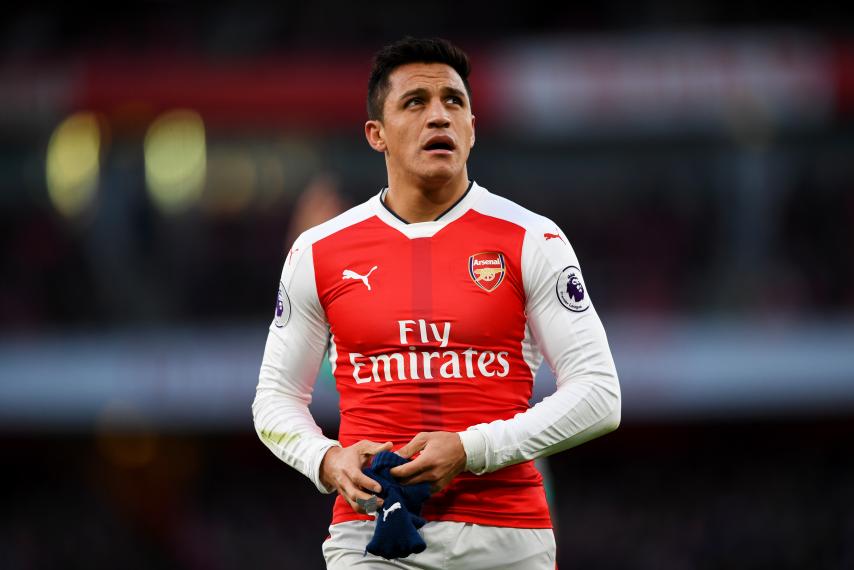