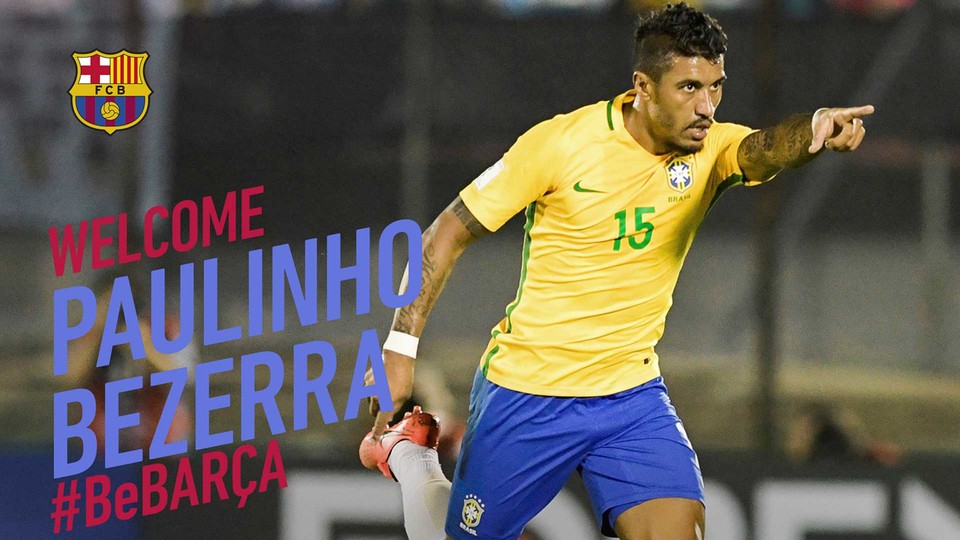 FC Barcelona and Guangzhou Evergrande have reached an agreement for the transfer of the player Paulinho Bezerra for 40 million euros. The new Barça player will sign for the next four seasons.
The player’s buy out clause is set at 120 million euros.

Paulinho will undergo a club medical on Thursday and the signing of the contract and the official presentation of the new FC Barcelona player will also take place on Thursday according release on the club website.

Power and versatility in midfield Born on 25 July 1988 in São Paulo in Brazil, José Paulo Bezerra Maciel Júnior, better known as Paulinho, is player who is stands out for being a powerful midfielder at 1.82m tall who can get into the box and can play anywhere in the middle of the park. The 29 year old has plenty of experience in the game in various continents.

Paulinho is a fixture in the Brazilian national squad under coach Titi and has been one of the players who has featured most for the national team in recent years. The 29 year old made his debut for ‘la canarinha’ in 2011 and has 41 caps to his name with 9 goals. He was also part of the squad that won the Confederations Cup in 2013.