Rihanna looked in her element as she attended the UEFA Champions League group D match between Juventus and Atletico Madrid at Allianz Stadium in Turin, Italy on Tuesday.

Going make-up free for the sporty outing, the hitmaker, 31, looked absolutely thrilled as she held up a personalised Juventus football shirt with her nickname ‘Riri’ etched in white letters on the back.
Rihanna was hard to miss during the sporting spectacle as she wrapped up in a bulky brown leather jacket top a matching sweater.

Rihanna kept the chill at bay by wrapping a thick brown shearling scarf around her neck. The Diamonds hitmaker enhanced her striking features with only the slightest slick of make-up and added to the look with a pair of quirky red shades. Proving that she every inch the footie fanatic, the make-up mogul’s belongings were toted in a football-shaped Louis Vuitton handbag.

Rihanna couldn’t contain her joy as she was snapped holding up her new personalised football shirt. She was seen cheering and celebrating as she supported Juventus to victory. 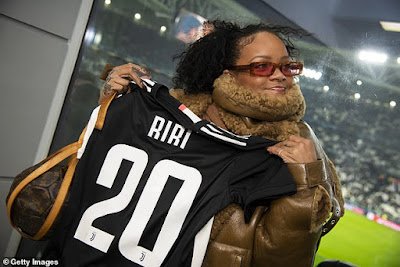 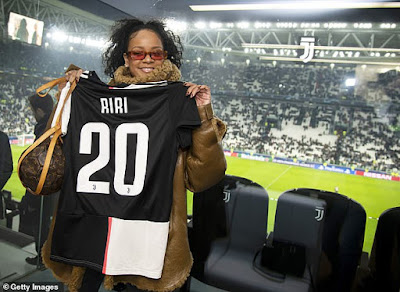 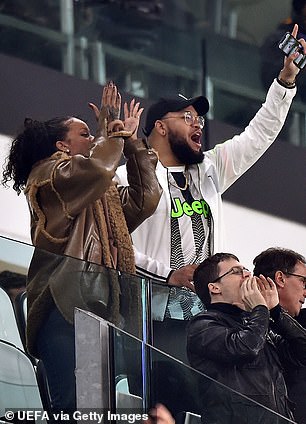 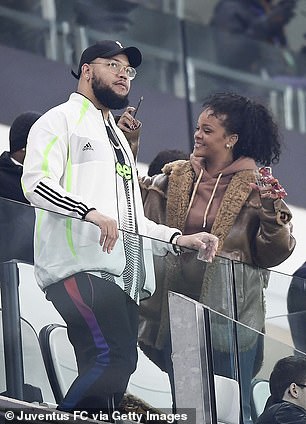