Nigeria’s inflation increased by 11.98 per cent in December 2019, higher than the 11.85 per cent recorded in November.

This is due to the rise in the composite food index which rose by 14.67 per cent in December.

The consumer price index, (CPI) which measures inflation witnessed a 0.05 percentage change for the twelve months period which ended in December 2019. 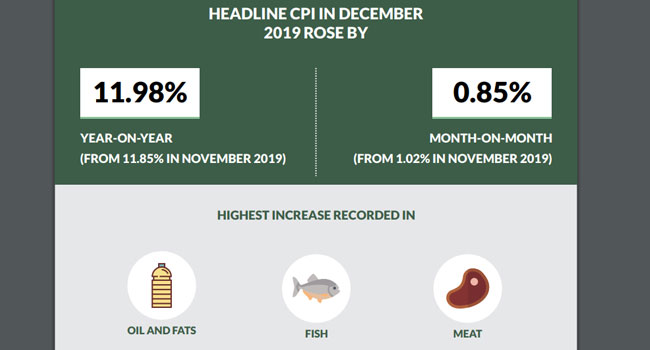 This is according to the National Bureau of Statistics (NBS) CPI and Inflation Report for December 2019.

The report stated that the rise in the food index was caused by increases in prices of Bread and cereals, Meat, Fish, Oils and fats, Potatoes, yam, and other tubers.