The man was saved by emergency officials following a rescue operation after the three-story building collapsed on Friday. Lagos Building Collapse

Shortly after he was rescued, the man was given a first aid treatment by medical officials present at the scene before he was taken to a hospital. A medical official attends to the victim trapped under the rubble of a collapsed building at the Ago Palace Way axis of Lagos State on January 17, 2020.

Earlier, the Director-General of Lagos State Emergency Management Agency (LASEMA), Dr Oluwafemi Oke-Osanyintolu, said the structure was near completion before it collapsed.

He noted that the impact of the collapse has affected some adjacent buildings around the scene of the incident.

The LASEMA boss gave an assurance that once the recovery operation was completed, the remaining parts of the collapsed building would undergo a controlled demolition exercise. 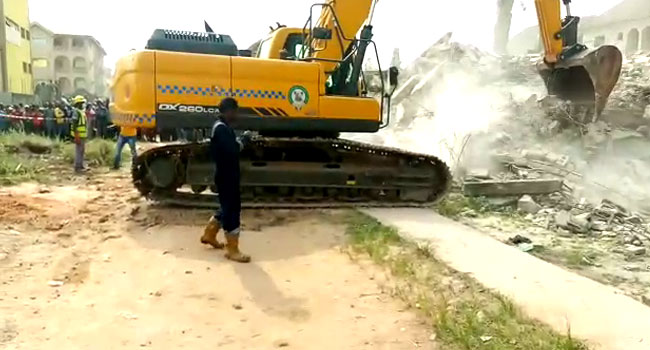 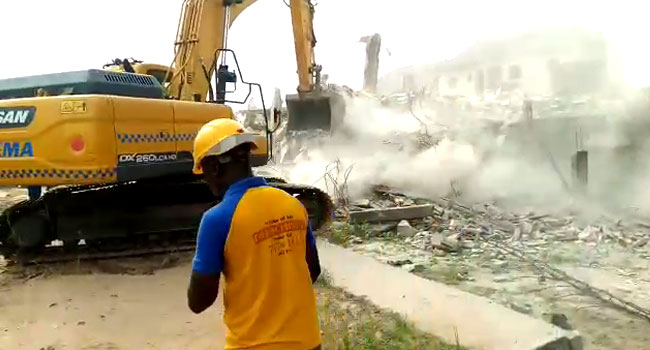